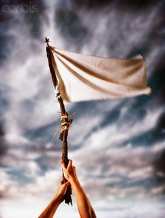 No need to panic — not one Mets player went down with an injury in the past 24 hours.

Perhaps the most significant injury to affect the Mets occurred to an opponent — red-hot Raul Ibanez has been placed on the 15-day disabled list with a strained groin. According to reports, Ibanez suffered the injury slipping down some 42-year-old blogger’s mother’s basement steps.

Ibanez has been a one-man wrecking crew for the Phillies, and in addition to getting his bat out of the lineup, this injury could cool off his steaming hot streak. Let’s hope he falls back to Earth when he returns from the DL.

As far as the Mets go:

John Maine is not progressing as quickly as we’d like. His shoulder is still weak and he’s feeling a pinch.

Angel Pagan could return to the club in less than two weeks. But if Jeremy Reed can’t find at-bats –even when the team is playing with a DH — how will Pagan?

Billy Wagner could be throwing to batters shortly. If nothing else can be salvaged from this season, it could be incredibly fun to watch a September bullpen that includes Wagner, J.J. Putz, and K-Rod. Talk about shortening the game.

Carlos Delgado, Jose Reyes, and J.J. Putz remain out indefinitely, with no news to report. Though, it should be noted that Delgado, like Wagner, was transferred to the 60-day DL on June 5th. Does this mean the sixty days go back to the original date they were placed on the 15-day DL, or do you count the sixty days from June 5th? If it’s the latter, that means both players are eligible to return on August 4th. I *think* the counting goes back to the first date of inactivity, and if anyone can find a link confirming this theory, please post it in the comments.

And I know you’re hanging on the edge of your seat wondering when Ramon Martinez will return, but he, too, is in a holding pattern with his dislocated pinky.

What the Mets Do Next

Much of the Mets’ chances for success this year relied on the bat of Carlos Delgado, who is out until at least mid-July. But, Gary Sheffield stepped up and filled some of the void in the middle of the lineup — though, it wasn’t enough with Carlos Beltran suffering from a stomach bug and Ryan Church on the DL. Still, with Beltran healthy and Church on the way back, it looked as though the Mets could tread water while they waited for Jose Reyes to return to the lineup, which was reportedly “any day now”.

After an MRI revealed a tear in Reyes’ hamstring, that “day” may be in August. To compound matters, J.J. Putz may need elbow surgery — which could knock him out for the rest of the season.

There’s a real possibility we’ll next see Billy Wagner in a Mets uniform before Delgado, Reyes, or Putz.

What will the Mets do next?

It’s been reported that Mike Pelfrey has tendinitis in his forearm.

Uh-oh. That’s typically a precursor to an elbow strain.

TheRopolitans has good coverage of this issue and a description of tendinitis. (The site also has a new slick look, so check it out … seems everyone is changing their look these days.)

In my experience, throwing sliders can cause and agitate forearm and elbow issues, because a righthander has to turn his hand clockwise (also called “supination”) at release, which can put a strain on the forearm and elbow ligaments. In contrast, a properly thrown fastball usually includes a slight pronation of the hand (counter-clockwise turn) during the acceleration of the arm and through the release. Luckily Big Pelf is not using the slider much anymore, but it’s still a concern. Last year Billy Wagner reported a similar injury prior to needing Tommy John surgery.

Ask anyone why the Mets finished in second place last year and the immediate answer is “the bullpen stunk”. People are quick to point out the 29 blown saves as evidence supporting that claim. Also buying into that theory was the Mets’ front office, who sought to band-aid the problem by acquiring the AL West’s two best closers. Problem solved, right?

Not so fast. Before we assume that J.J. Putz and Francisco Rodriguez slamming the door on innings 8 and 9 are the “final ingredient” for the Mets’ entry into the postseason, let’s continue to follow the data.

Question: who blew more saves last year, J.J. Putz or Billy Wagner?
Answer: You may be surprised to find out that Putz blew 8 games, to Wagner’s 7. But Putz was injured in 2008, so we’re willing to give him a pass. Right?

Fans will find out quickly that despite their skills, Putz and K-Rod are not “automatic”. In fact, of K-Rod’s 68 innings pitched last year, he went one-two-three only 22 times (FYI, the Royals’ Joakim Soria led all of MLB with 36 “clean” innings). Also of note: K-Rod never pitched more than one full inning in 2008.

Breaking Down the Mets’ 29 Blown Saves

A few numbers to consider regarding the 29 blown saves that supposedly ruined the Mets season:

That last number is most intriguing. Many people don’t realize that a pitcher can be assigned a blown save as early as the 6th inning. The big deal about getting Putz and K-Rod is that the Mets can now “shorten the game” to 7 innings. However, the Mets will still have to find a way to bridge the gap in the 6th and 7th, a time when more than one-third of their blown saves occurred.

Suddenly, the Mets’ bullpen doesn’t look so awful, does it? Now, consider again that Putz and Rodriguez combined for 15 blown saves last year, and ALL of their blown saves occurred in either the 8th or 9th frames, and you tell me whether the bullpen is definitely improved over last year.