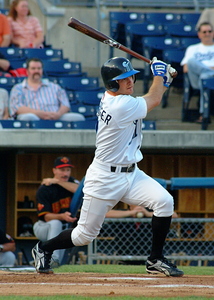 The Cincinnati Reds have sent inconsistent slugger Edwin Encarnacion to the minors, and promoted former New York Met Jeff Keppinger to take his place on the roster.

As Mets fans may recall, Kep was exiled to Kansas City in a deal that brought second baseman Ruben Gotay to the organization. Though Keppinger hit and fielded well in 2006 spring training, he was prematurely removed from the starting 2B competition for undisclosed reasons. Some think he may have been trying to date Ciara Randolph, though Willie’s “official” position was: