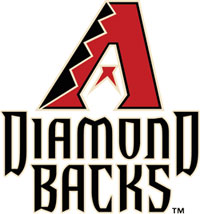 The Arizona Diamondbacks make the long eastward trip to Flushing to play the Mets in a weekend series at Shea Stadium. However, they are not the same team that the Mets trampled in Arizona a few weeks back. The D’backs offense has caught fire, propelling them into a three-way tie for first place in the National League West.

We’ve been given some of the inside scoop on the Diamondbacks, courtesy of Devin Jessup of Out in the Desert, the popular blog of Arizona’s finest nine.

1. The Diamondbacks have the most wins in the NL West, but find themselves in a three-way tie for first place. What do the D’Backs have to do to separate themselves from the pack?

If I could get them to do one thing, it’d be win more games in the division. We’re sitting at two games under .500 against the rest of the NL West, and if we can’t improve on that, it’s going to be a long and futile season. But, really, I think that’s something that’s going to happen. This is a team that seems to be learning as they go along, and they do better the second time they face a team.

I think the Padres are more of a threat. The Dodgers seem to be the sweetheart of most every commentator everywhere, but there’s really no one area where they seem to excel. The Padres, on the other hand, have some impressive pitching- they’ve only given up 173 runs this season, best in the majors. If their bats can keep producing runs at even a modest pace, they’ll remain a threat through the rest of the year.

3. Who is Mark Reynolds and how is he hitting .426? Further, when will Chad Tracy be back and has he been Wally Pipped?

Mark Reynolds, rumor has it, is no mortal man. Or, perhaps he is, but just a man hitting with the urgency of someone who doesn’t want to go back to Mobile. His production really comes as a surprise- he was hitting .306 in AA, which, while certainly fine, is nowhere near as impressive as .426.

As for Chad Tracy, looks like he might be back in a week or less. At that point, it becomes a question of who will end up where. Reynolds should stay on the roster, though that puts Tracy in a tough spot. Tracy’s salvation might be that Reynolds has plenty of experience away from third base- he’s previously played first, second, short stop, and left field. I think we’re more likely to see Reynolds stay on the roster, and Alberto Callaspo get sent down to AAA.

4. Randy Johnson has looked pretty good in his last few starts, but has a new physical ailment every start. Does he have any instrinsic value (veteran leadership, winning influence, etc.) beyond the numbers?

I think he’s got two important roles. The first is in the clubhouse- I think Brandon Webb’s got the talent and the demeanor to remain a dominant pitcher for the next several years, and Randy could be a positive influence to help him take the transition to legitimate ace. The second role is in the public eye- Randy is a very visible reminder of the 2001 World Series Team, and having him on the roster helps reinforce a sense of tradition, and keep the fans interested.

5. Jose Valverde has been lights out — except for that one meltdown vs. the Mets. Does he normally lose his cool, or was that an aberration?

Valverde has been very solid this season, but when he has problems, they’re big ones. He’s appeared in 25 games this season, and pitched scoreless outings in 21 of those. In the other four, he’s given up 11 runs, though the worst was the collapse against the Mets earlier in the month. Now, in seasons past, he’s had problems on and off, but so far this year, all signs point to his mistakes being a rare aberration.

6. What one thing would you change about the Diamondbacks, if you could?

I’d make Randy Johnson about ten years younger. This year was thought to be a chance to see how our players coming up from the minor leagues would transition to the major league level, and so far, it seems to be working well. My primary concern is in our pitching- as always- so I’d be inclined to want some more confidence in our rotation and bullpen.

7. Similar to the previous question — what in the world was behind the complete change in team colors? (My wife is nearly as curious as me on this one.

Well, if you listen to a very small minority of the fanbase, it’s due to a vast conspiracy to require us to buy new shirts, crush any memory of our glorious past, and strip more of our money from our pockets so that the team’s ownership can swim in it, Scrooge McDuck-style, whilst cackling madly. (The argument gets tiring, but, on the other hand, it is nice to see some passion from the fans.)

When they changed, the official reasons given were that the purple was a problem. Difficult to merchandise, difficult to get the color right for the television stations. Unofficially, though, one might also guess that the purple was dropped because it was a remnant of Jerry Colangelo’s ownership of the team. Purple was Colangelo’s color- he owned four franchises in Phoenix, and three of them had purple in their colors- the Diamondbacks, Suns, and Mercury. The new ownership has made it clear that they’re interested in putting the past behind them, and I think that the purple was a necessary sacrifice in their eyes. I do wish they’d gone with something a little more distinctive- maybe keeping the copper instead of the “Sonoran sand,” though.

Thanks again to Devin for his insight, and be sure to check out Out in the Desert for Arizona Diamondbacks news.

Back Game 52: Win over Giants
Next Mets Game 53: Loss to Diamondbacks