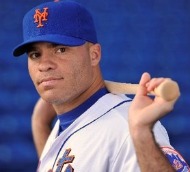 Remember this time last year, when people were wondering why the likes of Alex Cora, Fernando Tatis, Gary Matthews, Jr., and Frank Catalanotto were taking at-bats away from youngsters and eventually, 25-man roster spots? It was a bad idea then, when the team had the illusion that they were a pennant contender. It’s an even worse idea when we know the team has little to no chance of finishing higher than fourth place.

I could sort of understand wanting a “veteran presence” or “reliable veterans” on the roster of a team looking to get to the postseason — particularly a team whose regulars are set and is simply looking for the “final pieces of the puzzle”. A cool-headed, experienced pinch-hitter makes sense to have around, for example. But on a team going nowhere and at the beginning of a long-term rebuilding process, it makes little sense. 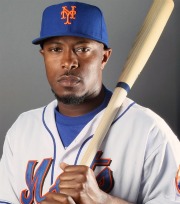 Let’s get one thing out of the way: I like what both Hairston and Harris bring to the table in terms of approach, professionalism, attitude, and unselfishness. If they were in camp for the purpose of teaching young kids how an MLBer should carry himself, prepare, and execute, then I’m all for it. I also have no problem with bringing in these veterans to create competition and push a youngster into earning a roster spot. In the case of Harris, who has a minor-league deal, that seems to be the case. However, Hairston has a guaranteed MLB contract worth $1.1M and another $400K in performance bonuses. It’s eerily similar to the Cora and Henry Blanco deals of last year, in that, if the bonus is paid, it means the team has had some terrible misfortune — and is essentially paying extra money to an individual during a season that is likely an unsuccessful one for the team.

I also get the idea of having veterans on the bench so that youngsters can stay in the minors and play every day — for example, maybe the Mets would prefer to have Lucas Duda getting 500+ ABs in Buffalo this year, rather than getting only half that many as a fourth outfielder. But then what do the Mets do with Nick Evans, when April Fools’ Day comes around and he has to be placed on waivers? Is one year of Scott Hairston worth losing several cheap years of Nick Evans to a team that might pick him up?

My beef is not so much with the Harris contract — which, as previously mentioned, is non-guaranteed — but rather with the Hairston deal, which more or less guarantees him a roster spot. Considering the unknown health issues of Carlos Beltran, I understand why the Mets wanted to have around veterans with centerfield experience (though, even then, it’s strange, considering that either Beltran or Jason Bay could conceivably fill in for a few innings or even a few games if something happened to Angel Pagan). What I don’t understand is why a team in financial straits and in rebuilding mode would make a 7-figure commitment to a player they didn’t necessarily need.

One possibility: they believe that Hairston could draw interest in a trade near the deadline. But even then, what can they obtain in return for a fourth outfielder / super sub? A nondescript A-ball pitcher?

Maybe you have an explanation — post it in the comments.

Back 11 Potential Owners of the New York Mets
Next Dickey Not Soft, Izzy Displays Deuce