How Serious is Chris Young’s Injury?

It only took two starts for oft-injured Chris Young to land on the disabled list with the diagnosis of “biceps tendinitis”. Young was reluctant to be removed from the 25-man roster, but understood the decision from the standpoint of the team.

Young, who will miss at least two starts, said Friday night that he still felt some soreness in his shoulder but that no M.R.I. was scheduled. He planned to rest it for a few days, then begin throwing on Tuesday.

“The irritation in the biceps tendon is lingering, and the best thing for it is rest,” he said.

The Mets’ desperate pitching situation actually got worse Saturday when Chris Young was placed on the 15-day disabled list with biceps tendinitis. Removing him from the rotation, however, was better than risking him against the Braves Sunday with a tired bullpen and the possibility of a setback.

“I understand completely,” Young said before Saturday’s doubleheader at Turner Field. “Doing what’s right for the team first, and secondly for my long-term health. Obviously, there’s a level of disappointment, too — this wasn’t what I’d hoped for coming into the season. But you can’t predict these things.”

Young, 31, made only four starts last season because of shoulder problems, and the Mets — taking into account those health issues — signed him to an incentive-laden one-year contract worth a guaranteed $1.1 million. Despite that history, manager Terry Collins said the team has no plans for an MRI, and Young said he doesn’t want one.

From the above quotes, it doesn’t sound like Young’s issue is so serious; after all, if it was, he’d be getting an MRI, right? And to the common layperson, “biceps tendinitis” doesn’t sound all that dangerous. It sounds like something that might happen when one over-flexes his “muscle” to show off.

In truth, however, biceps tendinitis can be a very serious problem. Don’t take it from me, though — instead, consider what a scientist has to say.

Curious about Young’s injury, and having heard the term “biceps tendinitis” before, I called on Angel Borrelli, MA, CSCS, USAW. All those letters after her name mean that she’s qualified to speak on the matter of pitching injuries (and pitching mechanics, as well). Angel, in fact, works with pitchers all the time — from little leaguers to MLBers — she is a Sport Kinesiologist who is an expert in troubleshooting the pitching motion.

This is what Angel says:

“The Chris Young thing…it can be bad.

Bicep tendonitis usually refers to inflammation of the long-head of the biceps in the bicipital groove which is located on the upper arm bone. The first problem can cause the tendon to slip out of the groove causing damage to the tendon and/or wearing down the bone…both of which cause the shoulder to become unstable.

The second problem is that the long-head of the biceps inserts on the inside of the shoulder joint and problems with it can create problems for the labrum.

The third issue is…bicep tendon problems are intimately associated with supraspinatus problems (one of the muscles of the rotator cuff).

It’s one of the worst warning signs a pitcher can have; it’s a huge precursor to labral or supraspinatus problems.

The good news is…it is a “warning” sign…and it is usually a pitching-mechanics issue.”

Allow me to repeat: “one of the worst warning signs a pitcher can have”. Yikes! But as Angel says, it is good that Young’s issue is a warning sign and could be related to mechanics — which means it can be corrected. I asked Angel what might be a recommended course of treatment. Her response:

“treating the symptoms” + “the cause of the problem” would be the best formula. On Tuesday, when he begins to throw, unless he plays catch with arm mechanics that do not exacerbate the problem, he will feel pain again; if not when playing catch…possibly pitching. The biceps tendon becomes aggravated for very specific reasons, all of which are easy to detect when you know what to look for in this throwing/pitching mechanics.

I wasn’t sure if Angel was aware of Young’s shoulder surgery from 2009, so I mentioned it to her, thinking that maybe this was “typical” of someone recovering from such a surgery. Her answer:

I wasn’t aware of the surgery but it means that it is more important than ever to get rid of this problem, and its cause (which is always mechanical) as soon as is possible. He is probably not presenting any symptoms in his shoulder and that is probably why they are opting not to have an MRI. But they should do a film analysis of his last outing and have all the arm angles checked before he starts playing catch. It is so simple to do — and if you think about it a “no-brainer”. You should always return to the scene of the crime to figure out what happened. They have the film sitting there — from all four angles — they should use it. 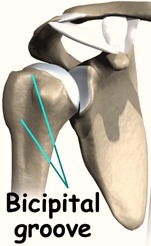 Again, this could be good news — IF there’s someone who is qualified to look at the film and help Chris Young throw with proper mechanics. But does such a person exist? In other words, do the Mets have someone on staff or that they can call on who is an expert in kinesiology?

Likely not, unfortunately; there are only a handful of MLB organizations that recognize the value of that kind of expertise. For all the much-hyped intelligence of the Mets’ new front office, I’m not sure they are among that handful — considering all the injury-riddled pitchers signed this past winter. It’s remarkable that for all the millions of dollars big-league clubs spend on pitching, and all the attention paid to comparatively trivial details such as pitch counts, most teams make no investment in experts of human motion, who can do far more to keep pitchers healthy than the 100-pitch count ever will.

Back Mets Game 16: Win Over Braves
Next A Puncher’s Chance