The Mets won their third consecutive game, tying their longest winning streak of the season.

The Mets confirmed their front office’s decision to remain status quo by beating the Arizona Diamondbacks in dramatic fashion.

Hisanori Takahashi showed everyone why the Mets had no reason to trade for a starter by striking out 10 in 6 innings. Manny Acosta came on in the 7th and 8th to prove he was the only “acquisition” the Mets needed for the bullpen. And David Wright provided enough firepower to quell any thoughts that the team might need offensive reinforcements. Oh, and Jesus Feliciano gave GM Omar Minaya every reason to believe that the backup outfielder they needed was already in the organization.

Takahashi struck out a career-high 10 in 6 innings, allowing 1 run on 7 hits and 2 walks. He should continue to do well as long as he keeps facing teams that have never seen him before. Mark Reynolds in particular looked like he’d never held a bat in his hand before — he was completely mystified by Tak’s assortment of junk.

I am SURE Takahashi’s strikeout total had more to do with his skills than the fact that AZ strikes out more than any other NL team. After all, Mike Pelfrey didn’t strike out that many batters in his start on Friday.

Shocking fact: those 10 Ks represented the first time all year that a Mets pitcher hit double-digits in strikeouts. How is that possible?

Where are all the David Wright detractors? Please step forward and re-confirm your desire to see him traded away for prospects. Wright went 2-for-4 with 3 RBI, and is now 8-for-15 with 9 RBI on the homestand.

Angel Pagan also had a good day, going 3-for-4 with a walk, a double, and 2 runs scored.

The Mets lineup after Wright was 1-for-19. However, that “1” was a leadoff triple by Jesus Feliciano, who eventually scored on a sac fly by Carlos Beltran to win the ballgame. At least the bottom 6 of the lineup makes the most of their rare contributions.

Bobby Parnell was hit hard, retiring no one while allowing 3 runs on 3 hits and a walk. His awful appearance comes one day after a similarly bad outing by Raul Valdes. After the game, a pumpkin was seen sitting in the parking lot outside Citi Field.

D.J. Carrasco, the pitcher who let the Mets back in to the game by allowing 2 runs in 2/3 of an inning, was one of the players acquired by the D-Backs at the trade deadline. Which gives us more evidence that the Mets were very smart not to go crazy trading for anyone.

Oh, and if you needed any more support for standing pat, the Braves were beaten today, in spite of acquiring Rick Ankiel and Kyle Farnsworth. Furthermore, the Phillies are 0-2 since picking up Roy Oswalt. So what do we learn from this? Deals at the trade deadline = instant suckiness. Omar Minaya is a genius!

This was the Mets’ 4th walkoff win of the season.

The rubber match occurs at 1:10 PM on Sunday afternoon. Jonathon Niese goes to the mound against Daniel Hudson, a young righthander who was acquired by Arizona from the White Sox a few days ago in a trade for Edwin Jackson. 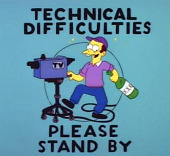