Will White Sox Call for K-Rod?

Way back in the early days of this past December, I suggested that the Chicago White Sox could have interest in Francisco Rodriguez. The reaction was mixed — in terms of how realistic such a trade might be.

Yesterday, Christina Kharl made the exact same suggestion on the ESPN SweetSpot:

Yesterday was the non-tendering deadline, and as a result one of the biggest names to hit the free-agent market was White Sox closer Bobby Jenks.

This leaves the ChiSox without a legitimate 9th-inning man, since J.J. Putz is also a free agent.

The White Sox also have signed Adam Dunn to a 4-year deal, and re-signed catcher A.J. Pierzynski. It is also rumored that they will find a way to bring Paul Konerko back. Looking at these moves, and their heavily veteran roster, this team is built to win now — and GM Kenny Williams seems intent on improving upon last year’s 88-74 record by providing Ozzie Guillen with all the talent he needs.

It seems like an ideal situation for Francisco Rodriguez.

Jones, Gonzalez, Vizquel Off the Table

The first free agents of this winter’s pool have agreed to terms with new teams: Alex Gonzalez has moved on to the Toronto Blue Jays, and both Andruw Jones and Omar Vizquel are moving from Texas to the Chicago White Sox.

How do these signings affect the Mets? 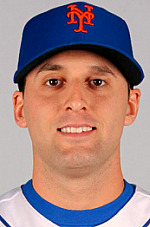 In a surprise move to bolster their pitching staff, the Mets have claimed Jack Egbert off waivers from the Chicago White Sox and added him to their 40-man roster.

I say “surprise” because it’s rare to see a roster move this late in the season.

To make room for Egbert, the Mets moved Fernando Martinez to the 60-day disabled list, as he had his visa stolen and cannot return to the US continues to recover from surgery on his right knee.

Normally, a 26-year-old pitcher with a 5.05 ERA in AAA wouldn’t excite me, but Egbert is a Rutgers grad, Rutherford, NJ resident, and was born in Staten Island. And you know what? I generally like rooting for the local guys. Who knows, I might run into Egbert at the Colonial Diner one morning, and that would be kool (and the gang).

Egbert dominated A and AA ball but has had trouble with AAA. His stuff is ordinary — a sinking fastball that sits around 88-90 MPH and a plus change-up are his main pitches, and he also throws a decent curveball for strikes. His main attributes are durability, control, and ground balls. At best he’s a #5 starter in MLB, but his poor 2009 showing sent his stock in a downward spiral. In short, he’s another Lance Broadway.

I’m fond of this pickup — partially because he’s a local kid and mainly because the Mets are finally adding AAA-level pitchers with a possible future to their AAA squad. Egbert may never make it to MLB with the Mets but at least he has some youth. For years we’ve seen too many has-beens and never-wases stocked in Buffalo and New Orleans — guys who were on the wrong side of 30 and just hanging around (i.e., Adam Pettyjohn, Kyle Snyder, Jose Santiago, Nate Field, Brandon Knight, Brian Lawrence, etc.). This year, Buffalo had nothing more than filler material packing their roster, and it bit the Major League club in the butt when all the injuries occurred. Egbert may have been a disappointment this year but he’s still young enough to make a rebound. In contrast, the Jose Santiagos and Brandon Knights of the world have established themselves as career minor leaguers after, well, spending their career in the minors. 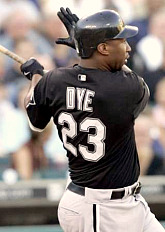