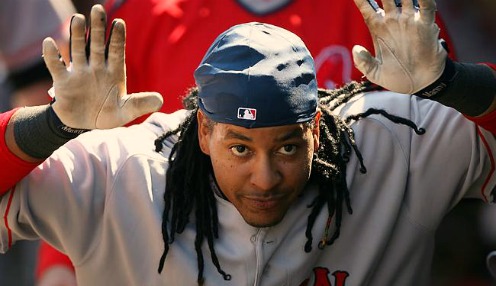 NOTE: this is an article by Matt Himelfarb. It is entirely his opinion on the situation, and not necessarily one I (Joe Janish) agree with — but, it’s a free country and we like to share all viewpoints here for discussion and debate. That said, direct your comments to Matt.

As most you are probably aware, the baseball universe is awash with news that Manny Ramirez has opted to retire following a second positive performance-enhancing drug test instead of facing an 100 game suspension.The news marks and ignominious end to an otherwise illustrious career.

As a 16 year-old who grew up watching Manny dominate in Boston, and later during a short stint with the Dodgers, I am shocked, and deeply saddened by this tragic news.

Not because I care that Ramirez, ZOMG, might have used performance enhancers. Again, mind equals blown. Nope. The real tragedy is

Should the Mets Claim Manny Ramirez? 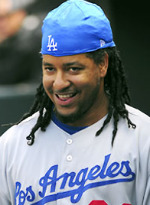 Rumor has it that the Dodgers have placed Manny Ramirez on waivers — and you thought we’d go through an entire season without a Manny rumor.

There is also speculation that Manny has already been claimed by the White Sox, and a deal is imminent that will send him to Chicago.

But just for a moment, let’s assume he is NOT going to Chicago, and the waiver process is still taking place. Should the Mets claim him?

Yes, Manny today is probably not the Manny of two years ago. We have Keith Law telling us his bat speed is not what it was. We have our eyes telling us his defense is even more awful than it’s ever been. We have the stats showing that his performance is not up to his norm.

True enough, Manny will give up runs in the field. But the Mets cannot win games because of an inability to score runs. Any strength they have in the outfield corners right now is negated by the fact they can’t outscore their opponents.

So, if the Wilpons and Omar Minaya are absolutely serious about their conviction that the Mets are still in the playoff hunt, how could they NOT put in a claim for Manny Ramirez?

They can’t say it’s because of Manny’s salary, because they’ve been insisting all along that money is not an issue — that they will spend whatever they need to spend in order to win. And they can’t say it’s because they don’t want to give up any young, talented prospects, because there is a chance that the Dodgers won’t ask for any players in return — they may just be happy to dump Ramirez’s contract. In fact, you would think that the Dodgers “owe” the Mets a favor, since the Mets gift-wrapped Rule 5 pick Carlos Monasterios for them in December for “cash considerations”, and most recently handed over Rod Barajas in a similar deal. In return, the Dodgers should feel inclined to give the Mets a break and not demand a major prospect.

Sure, there is the argument that Manny is some kind of a poison in the clubhouse or otherwise “bad” person to have on a team — and if he is, at this point, does it really matter? If Omar Minaya truly believes the Mets are still in the playoff race, that they are trying to win games and hopefully they have a run in them down the stretch, then taking a chance on Manny Ramirez right now is a no-brainer. Seriously now, who would you rather have in the lineup — Manny Ramirez or Jeff Francoeur? If there is anyone on the planet who is currently available that has an outside shot of getting hot enough to carry the Mets to the “run” Minaya is referring to, it is Manny Ramirez.

But the rumor of Manny going to Chicago is probably true, because the Mets probably didn’t put in a claim for Ramirez, because they don’t really believe they have a chance to get back into the playoff race. Strange though, because even if the Mets are lying about their faith in still being in the race, by bringing in Manny, they’d likely sell a few extra tickets … though perhaps not enough to cover the $4M still on his salary? 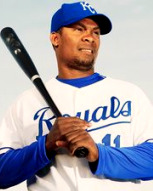