To paraphrase the cartoon version of Tim McCarver from an episode of “Family Guy,”  as good as the Mets were in the first half of this season, that’s how as bad as they’ve been now.

OK, here are the Blogs:

That’s all for today.  Enjoy today’s edition of “Lunch with the Mets,” and keep checking out Mets Today.

The DOG days aren’t here yet, but Mets Today can HANDLE any news and analysis, even if we get PANned.

(I really apologize for that last sentence…)

The Mets held their annual Christmas get-together at Citi Field, Bud Selig gave the Mets an early gift, and Ronny Paulino got coal in his stocking.  Daniel Murphy managed to avoid injury while playing Santa, and Fred and Jeff Wilpon were great as the Grinch and his dog – and they didn’t even wear costumes!

And the Blogs are spreading some cheer:

The holiday season has just begun, and Mets Today is the gift that keeps on giving.

For those of you who have lived under or a rock, or have a life and a job or something, here’s your week in review in blog form.  Yes, the baseball winter meetings took place this week in Dallas, TX, and the results were bigger than J.R.’s hat (or something…fill in your own Texas cliche).  The Mets lost Jose Reyes, gained a bunch of relief pitchers, and probably sampled some fine barbecue at Hard 8 or Pappas Brothers or somewhere.

In a nutshell, keep checking out Mets Today.

The rumors, facts, innuendo, speculation, hand-wringing, and anxiety about Jose Reyes are at a peak.  It seems like every day some “reporter” quotes some “source” as saying Reyes has become a Miami Marlin.  However, he remains a free agent as of this posting.  Fan reaction runs the gamut from hysteria to anger to acceptance – and nothing’s actually happened yet.

The opinions of the Blogs also runs the gamut:

The Reyes saga continues.  Follow it on Mets Today.

The offseason was off to a quiet start…a little too quiet, if you ask me.  Then, it was announced that the Miami Marlins made an offer to Jose Reyes!  Something exciting to talk about!  Maybe the Marlins will try to lure him to South Beach with their awesome new (rumored) uniforms.

Over to you, Blogs:

The chatter is getting louder and Mets Today is on top of it. 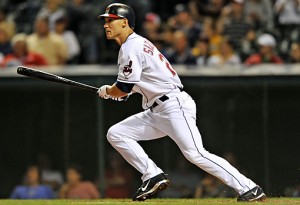 Seeing the Cardinals back in the World Series has reopened old wounds for some Mets fans.  The optimism of 2006 came crashing down in Game 7 of the NLCS.  The subsequent collapses of 2007 and 2008 washed away what remained of the hope created that season.  Meanwhile, the anticipation of the offseason is building.

Have a good weekend, and keep checking out Mets Today.